I'm so happy that Erin @ The Book Archive tagged me to do this because Greek Mythology is my sh*t! Alright, let's get started:

Zeus- God of the Sky: Favourite Book of Your Own Category

I'm gonna choose historical fiction for my category and say that Salt to the Sea by: Ruta Sepetys is my new favourite! This book was educational, and yet so harrowing, upsetting, but so important. It gave me new insight on an event that I didn't even know existed.

OBVIOUSLY Pynch from the Raven Cycle! Adam and Ronan were so precious, I could go on and on.

Poseidon- God of the Sea: Book that Drowned you in Feels

It wouldn't be a tag without mentioning Harry Potter, so I'm gonna say Harry Potter and the Deathly Hallows! The last book was so emotional and shocking.

Athena- Goddess of Wisdom and Handicraft: Series with the Best World Building

I think that the Divergent series had amazing world building that was completely screwed up in the movies!

Hades- God of the Underworld: Book with a Dark Plot

The Perks of Being a Wallflower had a lot of dark themes and heavy material, but was still amazing nonetheless!

Aphrodite- Goddess of Love and Beauty: 2016 Release with the Most Beautiful Cover

The Thousandth Floor has such a stunning cover! Look at it, just LOOK AT IT!

I'm gonna say that An Ember in the Ashes by: Sabaa Tahir was just BRUTAL. AMAZING, but so harsh. 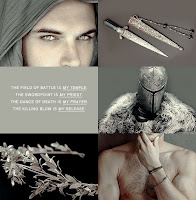 While we're on the subject, Elias Veturius from An Ember in the Ashes is a STUNNER. 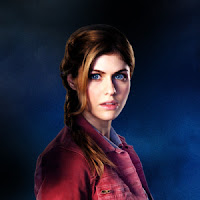 Apollo- God of the Light and Healing: Sequel that Redeemed a Series

Unravel Me in the Shatter Me series was so much better than the original that I actually learned to love the series!

The Outsiders by: S.E. Hinton. What I took from this book is incredible.

Hestia- Goddess of the Home: Book that's the Most Relatable

Fangirl by: Rainbow Rowell hand's down! I swear this is a book on my life.

I would say Hogwarts but that's OBVIOUS, so instead I'll say Cabeswater from the Raven Cycle. It's such a magical, mystical forest.

Cee @ Diary of a Reading Addict


Posted by paperbackprincess at 7:21 am

Email ThisBlogThis!Share to TwitterShare to FacebookShare to Pinterest
Labels: the greek mythology tag