Paperback's Pondering's: On Buffy the Vampire Slayer, Angel, and Abuses of Power 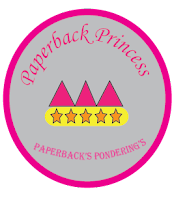 CW: this post will discuss the various abuses committed by Joss Whedon, as well as addiction issues, and will also include major spoilers from Buffy the Vampire Slayer and Angel.

I mentioned in my life update from two weeks ago that I am currently back on a Buffy the Vampire Slayer kick. Right now I'm watching Angel, the spin-off series about Buffy's former vampire love interest who makes his way to Los Angeles to help victims of magical crimes. Angel teams up with Cordelia, the "mean-girl," from Buffy, and the two go through some amazing character development, with Angel redeeming himself from years of past crimes, and Cordelia becoming a more empathetic and independent individual. Cordelia, played by Charisma Carpenter, easily became one of my favourite characters from the Buffy-verse. That's why the downfall of her character, and the reasoning behind the downfall, really upset me.

*Spoilers for Angel and mentions of abuse ahead*

Last year, actor Ray Fisher came forward with allegations against Joss Whedon for creating a toxic work environment on the set of Justice League. I'm not familiar with Whedon's work in the DC universe, so for the most of this post, I will be focusing on his work in the Buffy-verse. However, it's crucial that we also remember the bravery of Fisher and other actors for standing up to Whedon. After Fisher came forward, Charisma Carpenter posted that Whedon verbally abused her on the set of Angel, especially after she told him she was pregnant before filming the fourth season. The result, was that Whedon killed Carpenter's character off in season four, by giving her a huge downfall in which she commits some heinous acts, all while under the extremely under-developed guise that she was possessed by another being. All of the growth that Cordelia went through is un-done, all because Joss Whedon decided to take it out on Carpenter. When I first got into Buffy, I was still in high-school, so I didn't know of these allegations. It's only been recently during my re-watch that I've come to recognize why Whedon made the writing decisions that he did, and it has made it extremely difficult for me to reconcile my love for all things Buffy, with the asshole who made it all.

First and foremost, it is our duty as consumers of media to believe victims when they come forward with allegations of abuse. Recently, Whedon came into the public eye by doing an interview with the Vulture, where he pretty much denies all allegations and chalks a lot of his previous faults down to addiction issues. I'm not going to re-circulate the interview because I think it just gives Whedon more publicity. However, an important thing that I want to point out is how insensitive it is that he admits he has addiction troubles, and yet he uses those troubles to excuse the fact that he is also just a shitty person. Addiction is a mental illness, and people struggling with addiction can commit acts that they will later regret and want to take back. There is always room for people with addiction to heal, and to work towards redemption. However, Joss Whedon doesn't seek that redemption for himself. Instead he calls his victims names, and makes them sound stupid for even saying their piece in the first place. He makes people with addictions all sound like monsters, which is not the case. If you are struggling with addiction, you are worthy to heal. Joss Whedon does have an addiction, and he has every right to heal himself from that addiction. However, at the same time, he needs to take accountability for his actions, which he continues to fail to do.

I love Buffy. I think it is a brilliant show, and its spin-off Angel is also a fascinating exploration on how to redeem oneself from the past. Whedon created some great shows, but I no longer want to give credit to him. Instead, I give credit to the actresses that made these shows great: such as Sarah Michelle Gellar, and Charisma Carpenter. While Whedon has been lifted up as this pillar of feminist tv, we as viewers have forgotten that at his core, he is a misogynist. He has not grasped the concepts of feminism, and the concepts of redemption that his characters represent. All he was concerned about was exploiting the idea of feminism to uplift himself. If Whedon really cared about his female characters, he would've given their actresses more respect.

I suffer a lot from morality OCD, and a large component of that is me overanalyzing media I consume to make sure that it is completely unproblematic in subject matter and in the people who made it. Recently I've been struggling a lot with wanting to watch Angel, but also not wanting to give Whedon more money. I understand that we cannot do everything perfectly in life, and I can enjoy the show and the work that Carpenter does on the show while also recognizing that Whedon is not a great creator. It is through posts like these when I am able to get my more deeper feelings out, and realize that a show that I really love had a bad person behind it. I can enjoy a show and also recognize its problematic past, the two can exist at the same time. But when I see Whedon get more publicity through a magazine spread, that doesn't sit right with me. I think all of us Buffy fans can continue appreciating the universe for what it is, and the comfort that it brings us, but there is no need for us to honour Joss Whedon just because he created the world.

I feel as if this post is very much an info-dump of some pent-up feelings I've been having the past couple of weeks in respect to watching Whedon content and struggling with all of the pain he has caused actors who I really appreciate. I'm not quite sure where I'm going with this post, but I guess I'll just leave it at this: Buffy and Angel are great shows because they demonstrated magical beings dealing with human issues such as misogyny, crime, and redemption. We can watch these shows and find comfort in the characters. But, I do not ever want to give kudos to Whedon for creating such a world, and I hope that soon he will recognize that his actions will never be forgotten by the fans.

Do you watch Buffy or Angel? Did you read the Whedon article? What do you think about consuming media that has been created by problematic people?

Posted by paperbackprincess at 5:30 pm