Hello all! This post was inspired by Veronika @ Wordy and Whimsical. A while back she shared her All Time Favourite Pieces of Media, aka the media that has become apart of her soul. She was inspired by this tweet by Caitlin @ Caitlin Althea that compared all-time pieces of media to horcruxes. And I would have to agree! I knew I had to do this post myself because there are some stories that have become such apart of my life that I can't imagine life without them. To keep with the horcrux theme I have chosen seven of my faves, but as a gentle reminder, JK R*wling is trash. Trans women are women. Anyways, here are my picks: 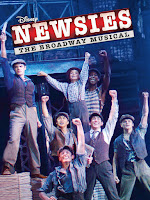 I can confidently say this is my favourite musical. For the longest time it was a toss-up between this and Les Miz, but Newsies has bailed me out of one too many panic attacks to not earn top spot. This is a Disney musical based on the Newsboy's Strike of 1899. The choreography is iconic, the songs are catchy and powerful, and the original star Jeremy Jordan is one of the most talented performers I have ever seen. This musical never fails to put me in a good mood, and for that, I am grateful.

For those of y'all with Disney +, you can watch Newsies Filmed Live on Broadway.

I have probably re-watched Gilmore Girls five times. I started it on a day when my anxiety was quite bad, and I have never looked back. It is such a heartwarming, hilarious and entertaining show. Since it was filmed in the early 2000's I feel it is important to note that the show lacks diversity and some of the jokes would definitely not be appropriate today. However the small town setting, the strong female characters and the witty dialogue makes it my ultimate feel-good show.

Who would've thunk that a reality show would make it into the mix? If you follow me on twitter, you might've seen my Survivor live-tweeting before. Literally in my bio it says: "I tweet a lot of Survivor spoilers." And that's true. Survivor was introduced to me by my mother, who has watched from the very first season back in 2000. For those of you unfamiliar with the concept, it has strangers stranded on a deserted island compete in challenges and form alliances, voting each other out until there is only one person left. It is often regarded as an incredible social experiment, and I would have to agree. The stakes are so high and there is never an episode where my eyes aren't glued to the screen. 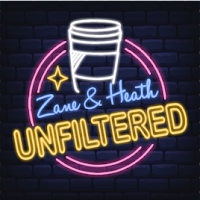 This is the one podcast that I watch CONSISTENTLY. Zane Hijazi and Heath Hussar are best friends and youtubers, and they hold a podcast with their friend Matt King and Heath's girlfriend Mariah Amato. The podcast is hilarious. There has never been an episode where I haven't laughed out loud. I listen to this podcast whenever I am feeling down and it instantly puts me in a good mood.

5. The Heroes of Olympus Series by: Rick Riordan 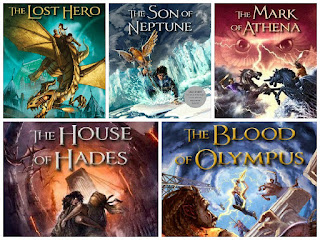 I mean... yeah. I have realized this year that this series takes my prize for my all-time favourite book series. Not only does it combine my love of Greek mythology with YA, but the characters are so diverse!! Riordan really pays attention to his fans. He is constantly learning how to better his representation, and he is completely aware of his privilege as a white male author. His books are meticulously researched, and I will never stop re-reading this series. These characters mean everything to me.

6. The Outsiders (Book and Film) 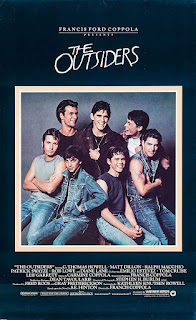 The Outsiders was a consistent part of my teen years. I think the book is incredible, and I looked up to S.E. Hinton a lot as a young writer because she published this book when she was 16. I am also a huge fan of the movie. The movie reaffirmed my love for 80's films, and the cast is unbeatable. Matt Dillon's Dally Winston is one of the most iconic characters in my opinion. And Ralph Macchio as Johnny Cade makes me emotional every time. Francis Ford Coppola could not have picked a better ensemble.

Now this is actually my favourite film. I have been watching it since I was a kid, and once again proves to me that the 80's was so good in terms of movies. The casting is incredible, the dialogue is hilarious, and some of the quotes to come out of this movie have stood the test of time. It's no wonder this movie has become a cult classic. I could re-watch it a thousand times Heck, I even have the movie poster hanging in my bedroom, so that should tell you all you need to know.

I have to say, it was hard to narrow this list down to seven. There are a couple of honourable mentions, such as the tv show Buffy the Vampire Slayer, the book Station Eleven, and the musical Dear Evan Hansen. But I think this list overall encompasses the media that I consume regularly. I am so happy to have these pieces apart of my life.

Thanks again to Veronika for giving me this inspiration. What are some of your favourite pieces of media?

Email ThisBlogThis!Share to TwitterShare to FacebookShare to Pinterest
Labels: my all time favourite pieces of media, paperback's pondering's