I am slowly but surely making my way back to my normal schedule! Hey everyone, I feel like we haven't talked properly in a while since I've been on vacation. But I am back and looking to be more active! Here's all about my crazy July vacation!

Wow, a whopping two books! You'd think I'd have more time to read while away but I actually barely had time to do anything so: meh. Hopefully I'll be able to pick up a book again soon!

I had scheduled a few posts while I was away, and my favourite was on When Books Turn into TV Shows. It was good to get some things off my chest.

I feel like I didn't nearly read enough blog posts from others while I was away, which really sucks because I hate being inactive :( I'm really sorry, but I promise to be more active comments-wise soon!

I'm gonna try and keep things short and sweet, with a few pictures sprinkled in here and there! If you didn't know, my family and I went to Europe for 3 weeks. We started off in London, where we were caught up in London Pride and it was all really exciting! But my favourite highlight of London was seeing Les Miz on the West End. That musical means so much to me and it was an incredible show! 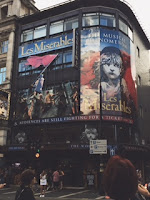 Then we went to Ghent, Belgium. There was this breathtaking Medieval castle there with a ton of weapons and actual torture instruments inside! I nerded out big time. 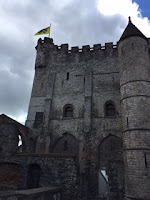 Next came Amsterdam. I think it's a fascinating city considering the fact that literally everything is legal there. Their red-light district was also interesting to see because they are so positive about sex and prostitution. They shed a different light on such a controversial issue. 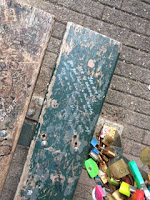 We found the infamous Fault in our Stars bench!!!

We also saw the Anne Frank house in Amsterdam which was one of the most harrowing things ever. My mother actually started crying when we got into the room with her original diary in it. On the wall, was a quote from her wanting to be a writer. That really hit close to home. 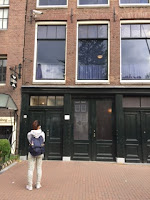 The only picture I took of her house. I was too emotionally invested to get out my phone other than outside.

Next we went to Germany! The history of Berlin was soooo cool, especially the things involving the Cold War. They actually have a cobblestone strip all across the city that marks where the Berlin wall stood. 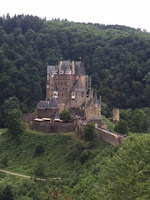 We visited another castle outside of Berlin. It was gorgeous!

Prague was one of my favourite cities to visit. The history involving that city was breathtaking, especially with all that happened during The Reformation. The coolest fact I learnt was that the lights all across the infamous castle in the city were bought by Mick Jagger, who was so taken by the castle that he wanted it to be seen at night! 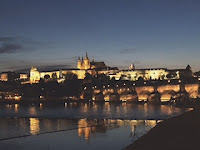 Our last country was Italy. We went to the beach, but most of the time was spent in my dad's hometown visiting family and friends. We have a lot of memories in that place.

And... now I'm home! I had an amazing time away but I am happy to be back on home soil and getting everything in order for uni in the fall. Now, the stress begins!

How was your July?

Email ThisBlogThis!Share to TwitterShare to FacebookShare to Pinterest
Labels: july, month in review