My Trip to New York! 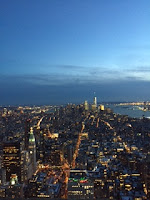 Bit of a different post going up today! I said in my monthly recap that I was going to do a post highlighting my recent trip to New York, so here it is! I hope it might be helpful to any of you who may want to visit someday. Now I'm still a novice New York tourist, there's still so much of the city I have yet to explore, but there were a lot of things I found useful that I thought I might share:

Also, I've just started writing and I'm realizing that this will be the epitome of long posts, so apologies in advance:

The night we arrived as absolute chaos. Getting into the city is one thing, getting into the city during rush hour is another. If you're driving, don't expect to get into the city for at least an hour, no joke. Traffic is insane, and driving will be LONG. Also, people love to jaywalk, honk their horns, and everyone believes they have the right of way, so just BE CAREFUL.

But once you get into your hotel, park your car and hope to not have to use it again until you leave, the fun can actually begin. The first night, we ate at this AMAZING restaurant called Don Antonio. It's near Radio City Music Hall. It had the most delicious authentic Italian pizza, and there was even a famous Food Network chef eating beside us, so you know its good!

The first night, we didn't do much except walk around and take in some views. It was late, so we saw Radio City Music Hall and Rockefeller Center. Both I would highly recommend seeing at night because they're so pretty lit up! 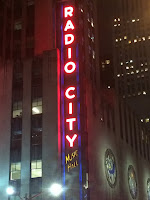 Our first full day was PRODUCTIVE. We started by going to the Met, which I enjoyed, but nobody else in my family did. It's a lot of history, so you need to be mindful of the people you're going with and see if that will interest them. 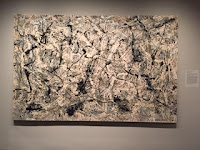 I always remember this painting from the "Olivia" children's books :)

One important thing I will say about the museums of New York, is that the fee to get in is SUGGESTED. Meaning, that you actually just have to give a donation of your choice to get in. They give a suggested fee of adults, seniors and children, and then in a little fine print they say that it is suggested. I guess this is a tourist tactic but it's important to know!!!

I will also give advice to eat in the museum you are in. When we left the Met, will still hadn't eaten lunch, thinking that there would be something around there to eat. There wasn't, and we ended up having to walk a lot, so eat when you can!

We then went to a number of place, The Brooklyn Bridge, The 9/11 Memorial, and Chelsea Market. The 9/11 Memorial is very poignant and very emotional, highly recommend, and The Brooklyn Bridge is a trek that is easily worth it! It takes a hefty amount of time to cross, but the view is indescribable! Plus you can see The Statue of Liberty without having to take the ferry. 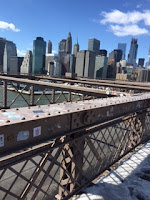 Chelsea Market is my recommendation for the foodies. We went there for a snack and for dinner, an it's basically a ton of different food stands offering everything from pastas, to sandwiches, to crepes. It's delicious, but not really necessary if you don't really care that much for food.

We ended the night off by seeing a show. This was by far, my favourite part of the trip. We saw Aladdin, my favourite Disney movie, and it was breathtaking! The costumes, the singing, the dancing, everything was perfect! That would be my show recommendation.

Our second day wasn't as planned. It was St. Patrick's Day and the city was CRAZY, and we got caught up in the huge parade. It was very, very long. On this day, we went to Wall Street, we saw the girl standing up to the bull, an amazing sight, and we went to Trinity Church to visit Alexander Hamilton's grave. Again, kind of unnecessary, but if you're a Hamilton fan, it was actually pretty emotional to see, Eliza is buried right next to him as well. 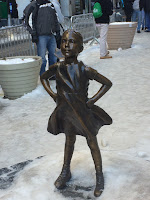 I was so happy to be able to see this little girl.

We ended up going to Grand Central Station for lunch, which was delicious! That place is insane! We then went to Magnolia Bakery for snacks, which was a delicious treat. Then before dinner, we went to the Empire State Building.

This building was incredible. I would so recommend seeing it at sunset like we did, as the view is something out of this world. You have a choice to go to the 86th floor or the 112th, but I would just say to do the 86th as you have to pay a lot more for the 112th, for the exact same view. But please go up nonetheless! You will not be disappointed. 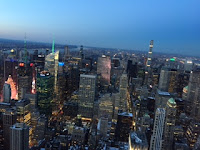 We rounded out the night by eating at Eataly, a huge Italian supermarket with restaurants inside. We ate at Le Verdure, the vegetarian restaurant, and it was incredible! Finally, we went to Times Square to shop.

We didn't do much shopping in New York. The exchange rate is insane so it doesn't really benefit Canadians, but we still went to Forever 21 and H & M in Times Square. Those are really the only hotspots I wanted to go to, and I was fine with that.

At the end of the night, we went to The Richard Rodgers Theatre to go cry at the Hamilton signs. We had entered the lottery, but with expected no luck, but I still wanted to see the theatre. The show had just let out and everyone was crowded around the stage door, but we couldn't really see who was coming out. That being said, just to be able to see it in the flesh was amazing. 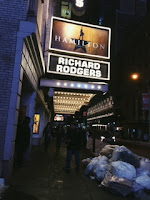 And THAT was my Trip. I'm sorry for rambling, its just New York is a big place with a lot of stuff. We got around everywhere by subway, which is not as confusing at it seems to be, and we never got lost. My only tip is to make sure your metro pass does not run out of money! You don't want to be stranded, so keep an eye on it.

New York is unlike any city. I feel like it's on a lot of people's bucket lists, mine included, and it is definitely something worth visiting. Whether you like history, food, sights, entertainment, its got it all. And I definitely want to visit again someday.

Have you ever been or want to go to New York? Tell me about it! I hope this was helpful :D

Posted by paperbackprincess at 7:20 am

Email ThisBlogThis!Share to TwitterShare to FacebookShare to Pinterest
Labels: my new york trip