At the beginning of summer, I was allowed to buy three books; one of them being : Eleanor & Park. No, this isn't a book about an intersection, (as my dad thought it was.) This is a book about two star crossed lovers, who didn't care what anyone thought of them. This may sound like a cheesy love story, but it is definitely much more than that.

What first drew me to this book, is that John Green had written a review on it, on the front page. (If John Green liked it, it must be good.) When I read the front flap, I saw that music played a role in the story. I love listening to music, so I thought I'd give it a try.

The first few chapters involve Eleanor and Park just meeting. At first, I didn't like the character of Park. I found him rude to Eleanor. After a while, I grew to love his character.

Although the book was told in third-person, the chapters involve alternating scenarios between Eleanor and Park. I liked that, because I could feel their thoughts and emotions. The pro of this book is the climax. (Emotionally-charged moment) I don't want to give too much away, but the climax had a lot of action, I was constantly turning the page to find out more.

Overall, Eleanor and Park was a good book if you like a cute love story that ends in a cliffhanger. I am not one for cliffhanger stories, so I found the ending a let down. I feel like their love story ended without me knowing what's next. Do they live happily ever after? Do they break up? Those questions were not answered, and I felt disappointed. I love a happy ending to a story, and I'm not sure that I got it in this novel.

Rainbow Rowell did a great job of capturing the feeling of a first love. (Although I've never felt that feeling yet.) However, I would have liked to read more of an ending.

If I were to rate Eleanor and Park, I would rate it a 4 out of 5 stars, for it's thrilling climax, but cliffhanger ending. If you have read, this book, let me know what you thought of it in the comments! 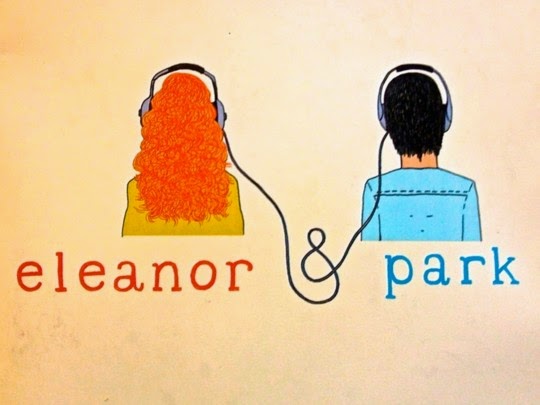