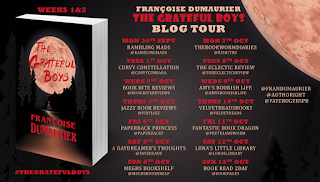 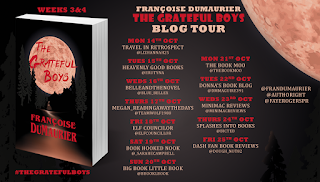 *thank you to Clink Street Publishing for providing this copy in exchange for an honest review.

Hailey is a bi-racial teen, who has just recently moved to the small country town of Corpus, Georgia. What she doesn't know, is that Corpus has been the site of some strange, mystical happenings, including some gruesome murders. When residents start seeing strange, winged creatures, the town's first African-American sheriff must start laying down the law. But Hailey is growing increasingly close to a mysterious boy named Percy who just happens to be a vampire, and she grapples with this new found love, and her own identity during a time of racial unrest.

I didn't really know what to expect when going in to this book. I thought it would be really high fantasy, with little realistic elements. However, I was very impressed with the author's ability to weave real life issues into a fantasy-like setting.

The characters were also quite lovable. I loved Hailey, her little brother Mason, and her love interest Percy. I thought that Hailey was a very relatable character. She seemed like a normal teenager to me, and wasn't overly mature or "done up."

I found the novel to have a lot of Stranger Things elements to it, which was very much appreciated. The whole small town setting, with a frustrated sheriff and some really creepy happenings, really worked. I thought that this novel was perfect for the current spooky season we are going in to right now, and I am always down for a novel that takes place in small town. I think the smaller the setting,  the more interesting things get!

The only thing I think could be improved for this book, is that I just wanted more romance between Hailey and Percy! I am a sucker for a good romance in stories like this, and while I found the two to have great chemistry, I would have liked even more from their relationship. That being said, it was a great addition to the story that didn't feel like insta-love.

Overall, this novel is perfect for Halloween, as it is perfectly spooky, but also semi-relatable at the same time. I will also add that it is #ownvoices, which is a huge positive element for me. Even if you don't like vampire stories, there are enough real-life issues in this book to grapple with.

Thanks to Clink Street Publishing for the copy, and be sure to check out the other posts in this blog tour!

Emily @ Paperback Princess
Posted by paperbackprincess at 10:45 am