Burning is a book about forbidden love and fate. The book follows Ben, a high-school graduate who is ready to get out of his small town of Gypsum, Nevada. On hot summer day, his friends drag him out to the side of a highway to spy on a beautiful gypsy girl who's family has set up camp. The girl, Lala, invites Ben to have his fortune told. His tarot cards read that he will find love, in some form. Lala and Ben eventually fall in love despite her approaching arranged marriage to another gypsy man.

I really enjoyed this book. The book, especially the climax, was very suspenseful and I was constantly turning the page to find out more. The book had an intense passion, and the love between Lala and Ben was strong. They would do anything for each other.

The book reminded me of Romeo and Juliet. Two star crossed lovers going against their parent's wishes to be together. Lala and Ben were oblivious to everyone else. All they cared about was each other. I think that fate played a big role in this novel. Fate brought Ben to Lala, and so did his tarot cards. The author did a great job at portraying true love.

The one thing that I didn't like about this book, was the ending. I don't want to spoil the book for anyone, but the ending was a bit of a cliffhanger. I would have liked to have learnt more about the fate of Lala and Ben.

I applaud the author for her portrayal of both characters, but especially Ben throughout this book. Ben was a brave young man, who protected Lala with all of his heart. He knew that even though their love was forbidden, he would never let go of her. He was a very protective soul to the people he cared for.

Overall, this book was very good. I found the relationship to be realistic, and filled with passion. I would have liked more from the ending, but the climax of this book was outstanding. I would rate this book, 3 out of 5 stars. 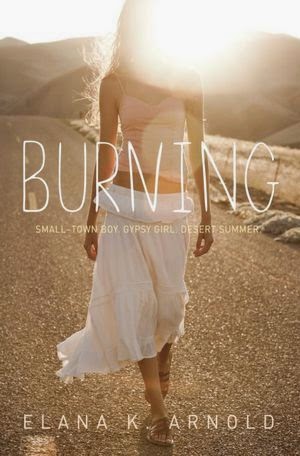 Posted by paperbackprincess at 1:11 pm